ESS is an expert in the area of Chlorine Dioxide disinfecting. We’re committed to providing accurate information on its proper applications.

In the wake of the COVID-19 pandemic, chlorine dioxide and its efficacy against pathogens has been a hot topic in the media. While the proper application of chlorine dioxide as a disinfectant can be extremely useful in eradicating harmful pathogens, improper use not only renders the product ineffective, but can also be dangerous.

Environmental Service Solutions is an expert in the area of Chlorine Dioxide as a disinfecting agent. We’re committed to providing accurate and clear information on the proper applications of ClO2 with your health and safety as our top priority.

What is Chlorine Dioxide?

Chlorine Dioxide is a chemical compound with antimicrobial properties that is often used to disinfect surfaces. Consisting of one chlorine atom and two oxygen atoms, it dissolves in water, making it ideal for sanitizing solutions. It helps destroy harmful bacteria, viruses and parasites and its proper deployment as a mist can be highly effective as a method of environmental and surface disinfecting across various industries.

Is Chlorine Dioxide Safe to Ingest?

It is important to note that chlorine dioxide should not be ingested directly as a treatment or cure for medical ailments. Fraudulent sellers marketing ClO2 products as a “Miracle Mineral Solution” or “Miracle Mineral Supplement” have claimed that their products are effective in treating COVID-19 and other ailments, including HIV/AIDS, cancer, autism, hepatitis and the flu, but this is unfounded. The FDA has reported that ingesting ClO2 directly as a treatment with a concentration that exceeds the regulated maximum permitted in drinking water can lead to potentially fatal side effects such as respiratory failure, abnormal heart rhythm and acute liver failure.

However, chlorine dioxide is a safely and commonly used disinfecting solution that, when used appropriately, eliminates all matter of molds, viruses and bacteria from spaces and surfaces. It’s used in medical facilities to sanitize both the facility itself and all the equipment used on a daily basis and is known to be effective in helping to eliminate Legionella bacteria. ClO2 can also be a powerful and effective disinfecting agent used against the spread of COVID-19 across spaces and surfaces.

What are the Primary Uses of Chlorine Dioxide?

Primarily, Chlorine Dioxide is used to sanitize our drinking water with the U.S. Environmental Protection Agency (EPA) allowing a concentration of up to 0.8 parts per million (ppm). Not only does ClO2 make our water more safe to drink, it makes it more pleasant, helping to ensure the water that comes out of your tap looks and smells clean.

Food and beverage services use water sanitized by chlorine dioxide to disinfect fruits, vegetables and poultry for safe consumption. During manufacturing, our food can be exposed to a variety of pathogens that can result in spoilage, and ClO2 helps prevent that. In addition, ClO2 is used in the paper production process, specifically to sanitize the wood pulp.

Chlorine dioxide fogging is a common method used to sanitize large industrial spaces. Chemical foggers deploy a ClO2 mist that works to sanitize both the surfaces in the area and the air itself. The upside to ClO2 fogging is that it does not leave behind any harmful waste like some other fogging methods, making it a more environmentally friendly and safe option.

Chlorine dioxide fogging also is proven to be a more effective environmental and surface disinfecting agent than many alternative methods. A study conducted by the National Center for Biotechnology Information, for example, found that chlorine dioxide was more effective in the inactivation of harmful resistant spores than hydrogen peroxide.

Stabilized chlorine dioxide disinfection is an excellent option for sanitizing your workspace to help protect your employees, clientele, inventory and equipment from the spread of harmful bacteria and pathogens. However, chlorine dioxide has temperature and humidity requirements in order to work safely and properly, which is why you should always contact a professional to handle the process.

What is Electrostatic Disinfection? 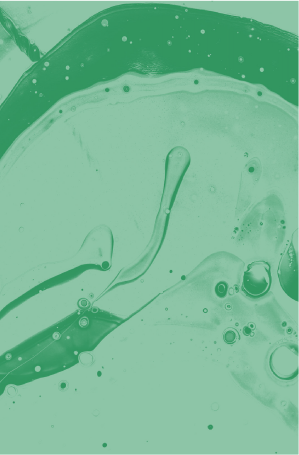